In this part of the series, I will be writing on some Amazing cricket grounds all over the world. 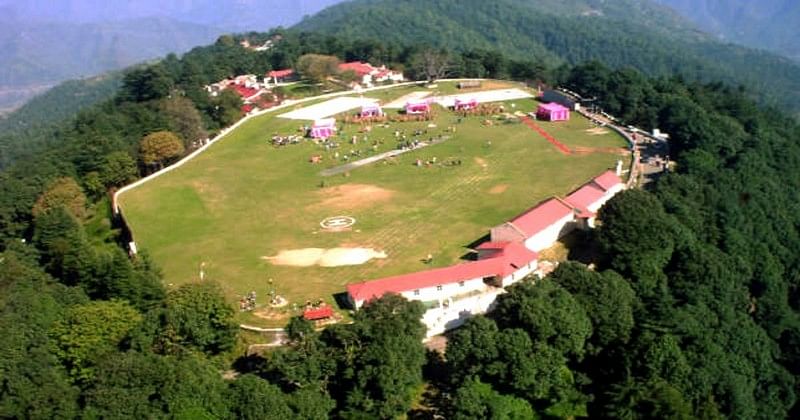 Chail is a hill station in the scenic Indian state of Himachal Pradesh. What is special about this place is that it is home to the world’s highest cricket ground, which is surrounded by chir pine and gigantic deodar trees and stands at an elevation of 2444 meters above sea level.

Chail is situated around 45 km from Shimla, the capital of Himachal Pradesh. It is considered to be a paradise for hikers, owing to its distance away from the hustle and bustle of Shimla.

Origins of the Chail Cricket Ground

In 1891, during the British Raj, Maharaja Bhupinder Singh of the royal family of Patiala provoked Lord Kitchener to anger, which led to the Maharaja being banned from entering Shimla, which was the summer capital then. The Maharaja then made Chail his summer capital and rebuilt the place as per his needs. He built the cricket ground in 1893 by leveling a hilltop.

The Maharaja was a cricket lover and used the Chail Cricket Ground to play friendlies. In fact this particular Maharajah, Bhupinder Singh had a very good cricketing pedigree and captained India on its 1911 tour of England.

Military presence is still very much in evidence with barracks around the boundary and a Helipad where deep mid-off was once positioned.  Some cricket is still played by cadets and children for which there is an extensive sight screen and a large scoreboard. The historic trees in the ground looks like those in Canterbury (New Zealand) and Pietermartizburg ( South Africa) used to lie within the boundary.

During school vacations, the ground is sometimes used to play polo. The ground also includes a well-maintained basketball court. Occasionally, even football is played on the ground as there are goal posts present.

No big matches have been played at this scenic ground. However, some of the Test players do visit Chail for practice sessions. So, why has there not been any first-class matches conducted here yet? The ground requires renovation in order to be in a condition to host a match of such standard. Also, in order to play matches, prior permission from the Military School is required.

Another reason as to why matches are not held here could be the problem of balls being lost on occasion of a big six being hit. Although there is a fence to stop the balls from rolling down the hill, there is no way to stop those that fly way above the fence.

The cricket stadium is not allowed to be visited by regular tourists.The area can be seen from entrance having a grilled main gate. It is the highest cricket ground in world at MSL 8010ft and part of CHail Military School. It is used for Polo in summers and has basketball court & football ground too. Kids will love to see its hugeness!!!

Chail Cricket Ground could lose the elite honour of being the highest cricket ground in the world if the remote district of Lahaul-Spiti in Himachal Pradesh, which is at an elevation of 3048 m, realize the dream of building a cricket stadium. This cold and barren land of Lahaul-Spiti might seem like an unlikely place to play a game of cricket, but the District Cricket Association has earmarked 3.2 hectares of land for the stadium in the village of Sissu. The stadium is to be built on the pattern of the Dharamsala stadium and would comprise all the required amenities.